Here's a fascinating revelation: “Blacktivist” on Facebook was “one of more than 470 accounts linked to a Kremlin effort to infiltrate the Black Lives Matter movement.” The Russians' goal was to foment hate and division along racial, religious, and ethnic lines. [Just some of ways to create division, especially via social media.*]

Vladimir Putin and his Russian operatives were not just interested in helping elect their chosen candidate in the presidential election of 2016; they were also actively promoting general discord and division in America and Europe.

But they are not the only actors on the world stage using social media platforms to create and accelerate discord, as Barbara F. Walter reveals in “How Civil Wars Start: And How to Stop Them” (Crown, Random House; 2022). She presents a world history of civil wars with a special focus on recent history –– that is thorough, comprehensive, and well-written. It's scholarly without being narcoleptic. 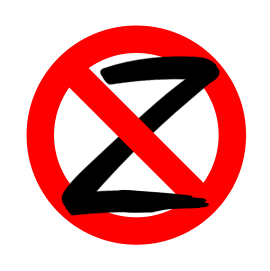 We learn about “anocracy” (neither full democracy nor full autocracy),“factionalism” (countries split along political parties based on ethnic or other identity factors instead of ideology), “superfactions” (groups that share identity factors as well as a different religion, class and geographic location), and “accelerationism” (“the apocalyptic belief that modern society is irredeemable and that its end must be hastened so that a new order can be brought into being.”).

According to Walter, “Two variables –– anocracy and factionalism –– predicted better than anything else where civil wars were likely to break out.” Studies show that superfactions are twelve times more likely to start a civil war. Superfactions use a lot of symbols, phrases, flags, and other paraphernalia to appeal to national pride and their leader. Walter notes, “One of the greatest fault lines that tend to emerge among super factions: the urban-rural divide.”

Accelerationism is a core part of modern American extremism, according to Walter. We see it expressed by some "end times" Christian nationalist extremists, white supremacists, and other right wing militia especially in the tragedies of the Waco and Ruby Ridge sieges in the early 1990s. We also see it in Michigan militiaman Timothy McVeigh’s bombing of the Alfred P. Murrah federal building in Oklahoma City in 1995.

A scary thought: What if Vladimir Putin’s main motive in his war on Ukraine is based on accelerationism –– a desire to bring on armageddon? Who will stop him?

As Putin's war atrocities in Ukraine continue to come to light, the West condemns and documents his war crimes and charges of genocide. Walter introduces us to the “Ten Stages of Genocide,” according to Gregory Stanton of GenocideWatch.com.

Another revelation in Walter’s book is the sheer number of civil wars in history and throughout the world, including in Russia just over one hundred years ago. She presents a history of civil wars –– battles often over Left and Right ideology –– in Mexico in 1910, China in 1921, Greece in the 1940s, Yugoslavia in the 1990s, and Burundi in 1993. Civil wars have been fought in recent times in Syria, Iraq, Yemen, Afghanistan, Ukraine, Sudan, Ethiopia, Rwanda, Myanmar, Lebanon, and Sri Lanka.

She notes, “Immigration is often the flashpoint for conflict. Migrants come into a country and compete with poorer, more rural populations –– sons of the soil –– fueling resentment and pushing these groups toward violence. It is especially alarming, then, that the world is entering an unprecedented period of human migration, in large part due to climate change. As sea levels rise, droughts increase, and weather patterns change, more and more people will be forced to relocate to more hospitable terrain. By 2050, the World Bank predicts, over 140 million “climate migrants” will likely flee Southeast Asia, sub-Saharan Africa, and Latin America. Experts have also warned that climate change is likely to lead to scarcity of resources, which could also fuel conflict.”

DoD spells out similar security implications, including competition for resources and the potential for civil unrest in its updated October 2021 “Department of Defense Climate Risk Analysis.” It's worth reminding ourselves of these realities as we approach Earth Day, April 22, 2022. 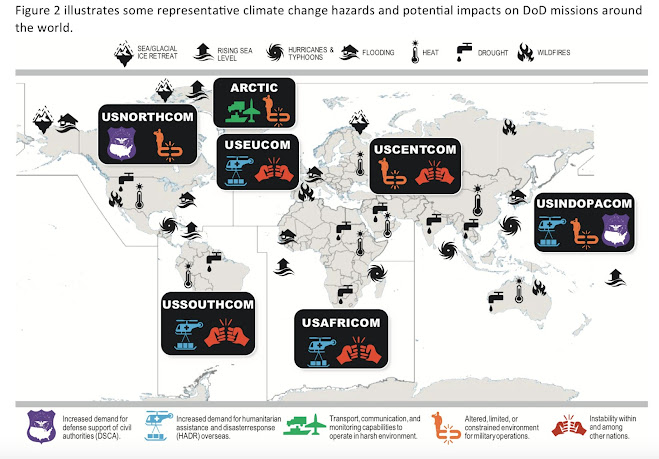 Another key point by Walter: “In the 21st century the most dangerous factions are once-dominant groups facing decline.” People who feel left out of the political process and who feel they’ve been “downgraded” in a trajectory away from power can be rich or poor, black or white, Christian or Muslim, Walter says.

Using the Catholic-Protestant “Troubles” in Northern Ireland as a case study, Walter shows that when a government violently cracks down on protests, it creates a loss of hope and more violence. In the face of peaceful protests, leaders should choose reform over belligerence, tolerance over violence.

Long periods of protests, along with anger over elections, make a country ripe for civil war, she says. “Elections are potentially destabilizing events in highly factionalized autocracies –– especially when a downgraded group loses.” 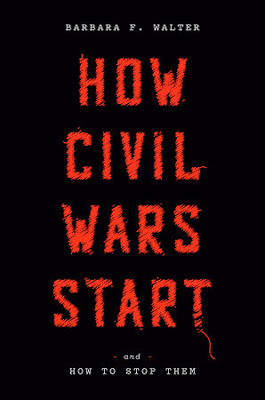 “The government should obviously take a zero tolerance stance on hate, and punish domestic terrorism, but it would weaken support for extremism by addressing the legitimate grievances that many citizens have.” She notes, “Civilian deaths at the hands of the government can tip conflicts into all-out war.”

As citizens in Putin’s Russia experience hardships due to international sanctions and significant military casualties, one wonders if there will be more protests and, if so, how the Kremlin will crack down on the protesters. For now, using propaganda especially on TV and in social media, Putin seems to be keeping his country largely in the dark about the realities of his war.

“Now any country, any group, and any individual can use the internet to destabilize an adversary. Rivals of the United States are deeply invested in stoking civil conflict., through support for a preferred group or by inciting both sides. Vladimir Putin, an ex-KGB officer, has long understood the power of disinformation. Others have caught on. The Empirical Studies of Conflict Project –– together with a team of scholars at Princeton –– found that Russia, together with China, Iran, and Saudi Arabia, used clandestine social media campaigns fifty-three times between 2013 and 2018 to try to influence the internal politics of another country. Most of the campaigns examined by the Princeton team (65 percent) aimed to denigrate a public figure, usually a politician, in order to get his or her opponent elected. (Between 2012 and 2017, for example, seven of the ten most-read online pieces about Angela Merkel were fabricated, according to BuzzFeed.) The United States was the main target of these attacks but not the only one. Great Britain, Germany, Australia, and others were also targeted. Almost all the attacks were aimed at democracies.”

Even France is experiencing an erosion of its democracy –– due in part to the use of social media to rile up yellow vest protestors to become violent, and in the rise of pro-Putin French National Front Party politician Marine Pen, who is challenging Emmanuel Macron for the presidency. “The party has spread its message –– exploiting and inflaming racial tension –– with the most sophisticated social media operation of any major political party in France.”

Social media achieves success in fomenting divisions by using behavioral algorithms. Walter puts Facebook and YouTube, in particular, under the microscope. It’s been shown that these platforms are incentivized to provide false, inflammatory, angry, and outrageous content because that gets more likes, clicks, and investment of time. The Pew Research Center reveals that “posts exhibiting ‘indignant disagreement’ received nearly twice as many likes and shares as other types of content.”

“Worse, the behavioral algorithms began creating self-reinforcing, increasingly outlandish information silos that led users down dangerous paths: toward conspiracy theories, half-truths, and extremists seeking radical change. These recommendation engines, as they are called, ensured that users were channeled toward more narrow and more extreme information. If a user “liked” a post on a police officer helping a kitten, say, Facebook would funnel additional posts to the user on police benevolent associations, then pro-police stories, then increasingly more fanatical material. Walter Quattrociocchi, a computer scientist at Sapienza Università di Roma, analyzed fifty-four million comments over four years in different Facebook groups. He found that the longer a discussion continued, the more extreme the comments became. One study found that YouTube viewers who consume the kind of ‘mild’ right-wing content created by provocative talk show host Joe Rogan, whose audience in 2020 was 286 million, are often pulled into much more radical alt-right content. The study concluded that YouTube is a ‘radicalization pipeline.’

“It’s this business model of engagement that makes social media so terrifying to those of us who study civil wars.” 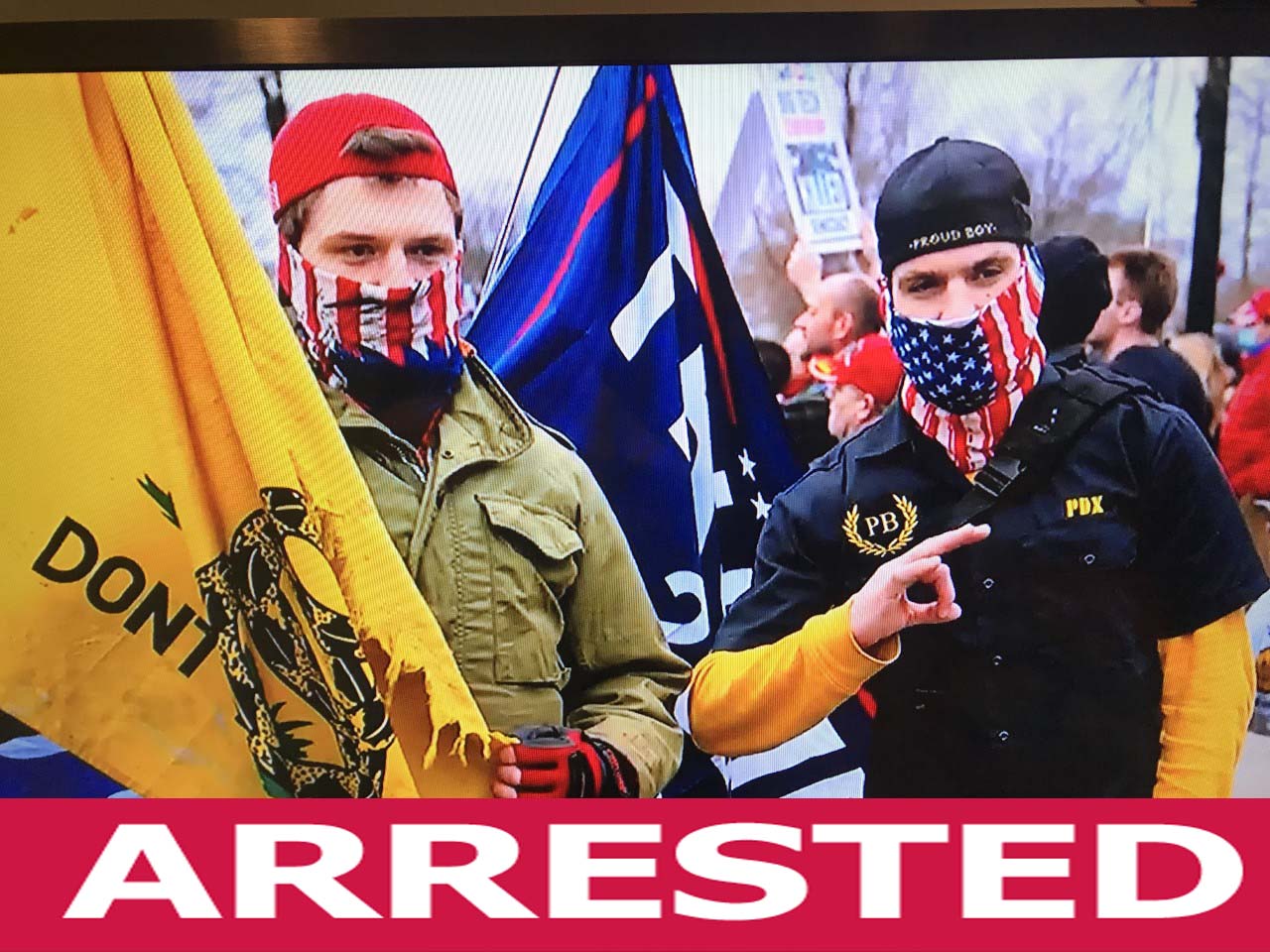 Fortunately, after insurrectionists rioted on the Capitol of January 6, 2021, the military updated its review of extremism in its ranks. In December 2021 Secretary of Defense Lloyd Austin released his Report on Countering Extremist Activity Within the Department of Defense, which addressed, in part, not only increased education and training, but also greater screening and investigation of “electronic platforms,” including social media resources.

Walter notes that military leaders, especially former SECDEF Mark Esper and Chairman of the Joint Chiefs of Staff Gen. Mark Milley, were among the institutional or human guardrails that prevented a coup attempt immediately before and after the 2020 presidential election. Both apologized for taking part in former President Trump's march to a photo-op at St. John's Church, where he posed holding a Bible.


After failing to overturn results in state election offices and courts (including the Supreme Court) but before turning to his supporters and directing them toward the Capitol, Donald Trump attempted to influence the military (and then delayed responding to the insurrection).

“Trump catered to America’s generals throughout his time in office, but rather than validate his bids for more power, they distanced themselves from his agenda at key moments. In 2020, Secretary of Defense Mark Esper refused to use active-duty troops to control black Lives Matter demonstrators (he was later fired). And on January 3, 2021, the ten living former defense secretaries, including James Mattis, Mark Esper, Dick Cheney, and Donald Rumsfeld, issued a statement in The Washington Post making clear that they would defend the Constitution, not the president. They concurred with a statement made months earlier by General Mark Milley, chairman of the Joint Chiefs of Staff: ‘There’s no role for the U.S. military in determining the outcome of a U.S. election.’”

New reports are coming to light about Trump's attempts to use the Insurrection Act to deploy the military along the border and on American streets in the months leading up to the 2020 election but DoD guardrails held. According to news reports this week, Congress is looking for ways to strengthen the Insurrection Act so it cannot be easily abused by a commander in chief.

Walker says extremism has grown to a pre-insurgency level probably since Ruby Ridge, Waco, and Oklahoma City. She briefly examines groups such as the Proud Boys, Three Percenters, and Oath Keepers, but she notes how unwise it would be if militia again tried to overturn the government.

“It was not crazy for Confederates to think they could take on the American military in 1860,” Walter writes. “It is crazy for militias to think that today.”

Nevertheless, we can expect militia groups and other disaffected Americans to continue to be targets of Putin’s campaign of disinformation, misinformation, and division, particularly via the internet.

[*Russia has used social media to divide Americans along lines of race, religion, politics, energy and environmental issues. The U.S. Senate has presented extensive information on Russian interference in the U.S. elections, including via heavily redacted reports. In 2018 the House of Representatives revealed how Russia also creates division among conservatives and liberals in the United States through social media in views about energy and environmentalism.] 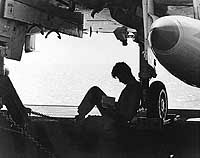